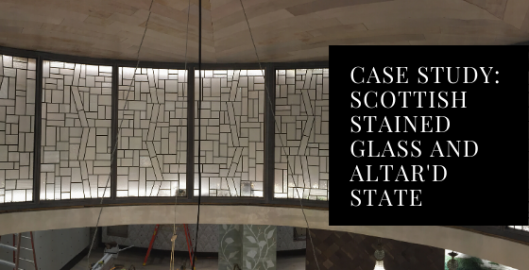 In the retail world, if you want to be successful, your store needs to look amazing. Shoppers today are more distracted than they ever have been thanks to technology. They breeze through entire shopping centers without ever looking up from their phone.

END_OF_DOCUMENT_TOKEN_TO_BE_REPLACED

Case Study: Using Stained Glass for Privacy and Style in Your Staircase 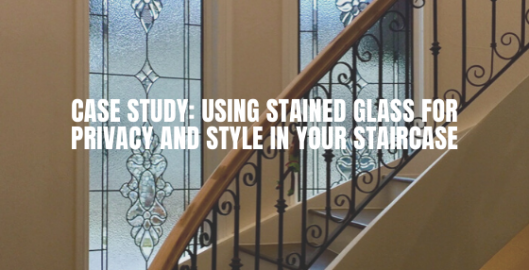 Does your home’s staircase have windows? Many homes throughout the Austin area have beautiful windows that let in a lot of sunlight in the staircase and hallway area. The only drawback of these large windows is the lack of privacy. For many residential areas, these staircase windows can give a direct view inside of your neighbor’s home. Onlookers and nosy neighbors can all peer into your home or see you in a bathrobe going up and down your stairs. Instead of having to put on clothes when going downstairs or opting for undesired blinds that obstruct your sunlight, choose leaded glass!

END_OF_DOCUMENT_TOKEN_TO_BE_REPLACED

A Closer Look At Medieval Stained Glass And Its Significance 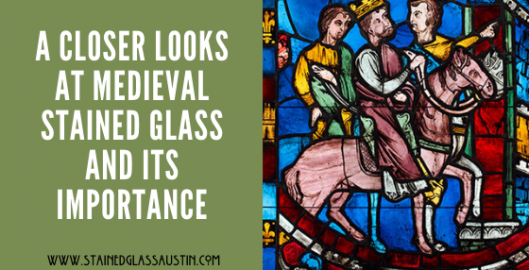 Medieval stained glass is incredibly old. And as you will find out, still significant in this day and age. The reason for this– colors. That’s right, the use of color was something unique about medieval stained glass and marked a distinct shift in technology. The medieval period in Europe lasted from about the 10th century to the 16th century. In this time the art form of stained glass changed from rudimentary to advanced. Driving these changes was emerging color technology. One of the first examples of colored window glass was unearthed during an excavation at the Abbey of San Vincenzo in Volturno, Italy. Here colored stained glass from about 820 was found. This glass could be the first colored stained glass ever made and it was made less than two hundred years before the beginning of what is considered the medieval period. What followed was a dramatic shift in glassmaking methods and the emergence of some of the world’s most stunning early stained glass.

The use of specific colors is what sets medieval stained glass apart from earlier stained glass. Several colors are a hallmark of this period. The early part of this “color revolution” was almost certainly due to naturally occurring impurities in the silica used to make the glass. However, as time passed the colors were less often mistakes and more often intentional.

Medieval blue soda glass: One of the most gorgeous colors in Medieval stained glass is the blue soda glass. It was an early medieval glass color that was, as the name implies, a soda-based creation chemically. It was very distinct and somewhat rare but for reasons unknown, blue soda glass was quickly replaced with Forest glass. In its short time on the scene, blue soda glass made quite a mark though and is still highly regarded today. There have been blue soda stained glass found in UK excavations at Old Sarum, Winchester and even some in France.

Red And Green Medieval Stained Glass: These shades of medieval stained glass were some of the first because green and red stained glass outcomes occurred naturally. This was due to the naturally occurring impurities in the silica. However, as the medieval stained glass technology moved forward technologically these colors were made even more distinct and vivid by adding copper– in the form of ore or copper filing.

Silver Stain Medieval Stained Glass: Early on in the Medieval period, colors were coaxed from the firing kilns by paying close attention to and controlling the furnace conditions. Things like heat and length of fire were manipulated to create certain unique colors. The artists were actually using techniques to increase or decrease in oxidation–although they didn’t know it at the time. However, later in the Medieval period (about the 14th century), silver stain was introduced. This was a workaround of sorts and made it possible to create a wider variety of glass hues by painting on this chemical mixture.

The Importance of Medieval Stained Glass

Since Medieval stained glass windows were made so long ago it may be hard to imagine the significance that these windows have today. But the truth is they are extremely relevant because of the huge impact on the colors of modern glass we see today. This era in time not only introduced color into stained glass but paved the way for the later development of many of the same colors we use today. Furthermore, by adding color to the mix of the artwork, this period of time started an era of life-like representations of people, places, and things–iconography that is still around today!

For more information on stained glass for homes and churches across the country, contact us at Stained Glass Austin today! 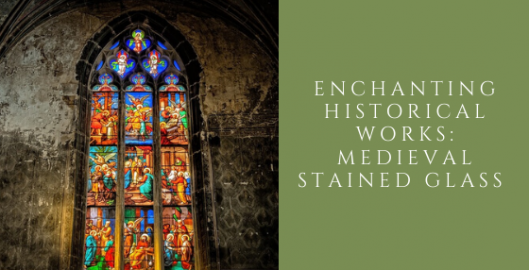 If you’ve ever seen pictures of old European cathedrals with stained glass windows, then you know very well what a lovely art form it is. Or perhaps you’ve had the opportunity to see these great works in person, and gaze upon the beautiful hand painted details and enchanting designs.

Either way, chances are what you were looking at was a stained glass window from the Medieval time period. Medieval Stained Glass is renowned for its vivid colors, moving imagery, and intricacy. And it’s also some of the most important stained glass in art history. Works from this time contributed greatly to the evolution of the art as a whole. And without them, the modern stained glass windows that we use today in our homes, churches, and buildings simply would not be the same.

END_OF_DOCUMENT_TOKEN_TO_BE_REPLACED 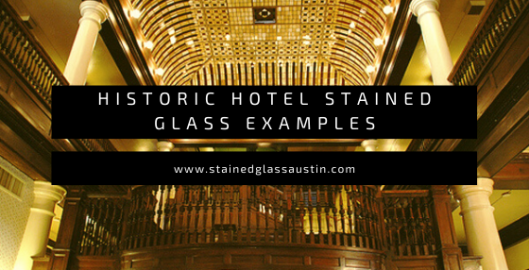 When your guests come to stay at your hotel, they expect to be amazed. They show up tired and weary after a long day of traveling. And the last thing they want to see is accommodations that look run down, beaten-up, or badly neglected.

Instead, start things off on the right foot by amazing them with a beautiful stained glass display. Add stained glass to your Austin hotel’s ceiling, dining room, or atrium for a unique look that impresses all of your hotel visitors.

Get some inspiration for your own design by checking out these beautiful historic hotel stained glass examples.

END_OF_DOCUMENT_TOKEN_TO_BE_REPLACED

In Stained Glass Repair And Restoration 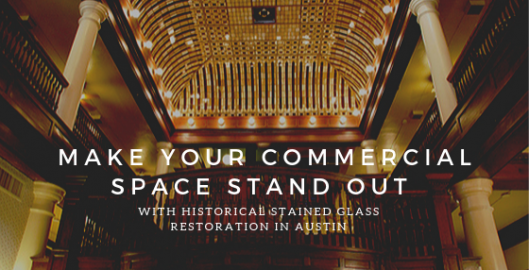 In a thriving city like Austin, buyers have lots of options to choose from, whether they’re going out to eat, booking a night at a hotel, or shopping at retail stores. Standing out is key for the success of any business, no matter the industry. That’s why before you decide to get rid of your historic stained glass, you may want to think twice. Restoring your historic stained glass in Austin could make your commercial property look stunning and give you a way to stand out from other businesses.

END_OF_DOCUMENT_TOKEN_TO_BE_REPLACED

In Stained Glass For Entryway Windows 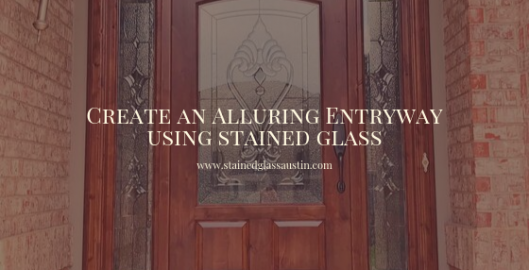 The front entrance is one of the most important areas of a home. However, it’s also one of the most overlooked. We pay a lot of attention to the design of our kitchen, bathrooms, and bedrooms, but not nearly as much to our entry as we should. Why? Because it’s the very first thing people see when they walk in. Paying some attention to your entryway could mean the difference creating a good first impression and a bad one.

One of the best ways to dress up an entryway is by adding stained glass to your Austin home. Stained glass windows make a great addition to front doors, sidelights, transoms, and foyer windows because of their beautiful sheen and artistic appearance. In this article, we’ll discuss some of the various ways you can enhance your entryway with stained glass.

END_OF_DOCUMENT_TOKEN_TO_BE_REPLACED

When Should Stained Glass Be Restored?

The ability to know when it is time to replace or restore your Austin Church’s stained glass is not something the average parishioner knows. Perhaps the glass looks dirty or aged but in a glance, almost nothing, to the untrained eye, may even look askew. To understand what is really going on with your church’s stained glass we urge you to get your church’s stained glass inspected by a professional. However, there are ways to do a simple inspection yourself to decide whether they need restoration. For this, we tell our potential clients to refer to the two A’s meaning Age and Appearance. To find out how to use simple reference points when inspecting and thinking about replacing the glass on your Austin church–read below.

Consider the Appearance of Your Church’s Stained Glass

The way your Austin church’s stained or painted glass windows looks can tell you almost as much as you need to know about its state and whether or not restoration is due. Inspecting closely and looking at visual cues will not only tell you whether it needs repair but what is causing the issues resulting in repair. We value our potential clients as much as our existing clients. So, to help you better understand what to look for, we have compiled a list of seven common signs you glass likely needs repair.

Age:  Why it Matter To The State of Your Austin Church’s Stained Glass

We are at an era in stained glass history that is critical for preserving stained glass history. This is because a disproportionately high amount of stained glass in churches–here in Austin and across the United States– are reaching the point where restoration is imminent. Stained glass in most churches was created at the turn/beginning of the last century. This glass lasts about 80-100 years before needing repair. Since it is 2019–the time is now. Churches, especially those in the west(which was settled later than the east) were primarily built around this time. For this reason, if your Austin church is older than 80 years old and has stained glass windows–it is likely time to have them repaired.

Whether because of age or any of the seven appearance signs of degradation– if any of these criteria apply to your church it is time to call in a professional. Contact us at Stained Glass Austin to schedule a free on-site assessment for your church today!

In Stained Glass Repair And Restoration

What Is the Average Price for Repairing Stained Glass?

Today, stained glass windows can be found in more than just churches. We also enjoy having them in our homes because they offer privacy and character. Nonetheless, many people are quick to discard their stained glass when it breaks. They either assume that it can’t be fixed, or that it will cost too much.

However, leaded glass windows can almost always be fixed. And not all repairs are terribly expensive, especially if they’re minor. Here’s a little bit of insight about what you can expect.

END_OF_DOCUMENT_TOKEN_TO_BE_REPLACED

What Are the Different Types of Stained Glass? 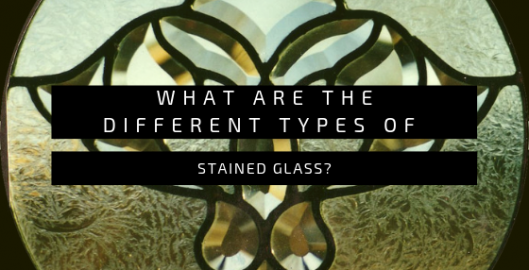 Our Favorite Types of Stained Glass