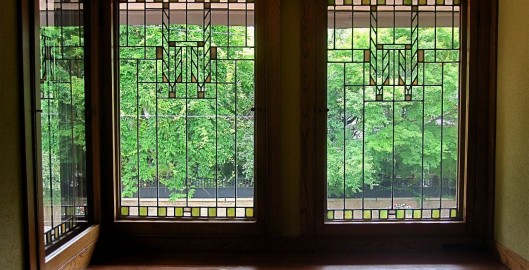 Though prairie style architecture originated nearly a century ago, it still continues to influence residential architecture. Even today, many of Austin’s craftsman homes are inspired by the works of the movement’s most well-known architecture, Frank Lloyd Wright. Characterized by deep overhangs, large bands of glass that let natural light flood the interior, and intriguing angled walls built of brick or stone, it’s easy to see why prairie style homes have kept up their popularity in Austin.

But perhaps one of the most essential elements of a Frank Lloyd Wright style home is the presence of prairie stained glass. Many Austin architects choose to incorporate stained glass windows into their home designs for both their beauty and functionality. These windows work to filter and change the light that flows through them and enters the room, eliminating the need for window coverings. 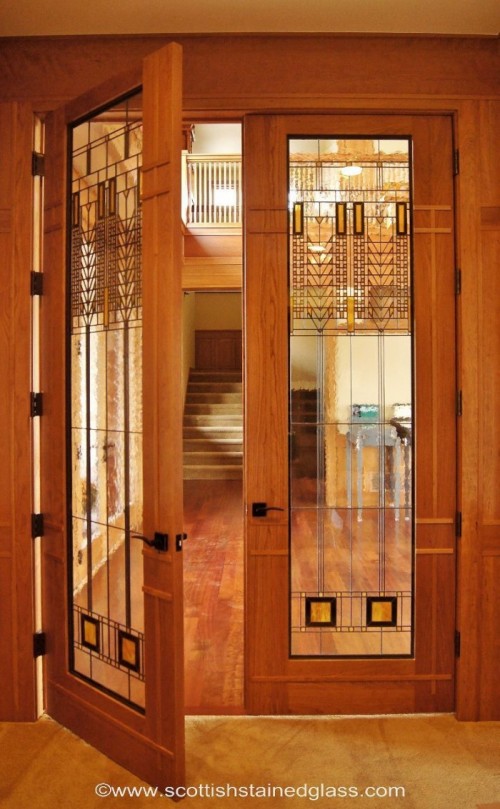 Wright’s work focused on taking a comprehensive approach to design. Instead of focusing on just one specific feature, his designs were meant to take the entirety of the building into account, as well as how they would those who would inhabit them. That’s why stained glass is so appropriate for Austin’s craftsman and Frank Lloyd Wright style homes.

Furthermore, it’s important to acknowledge the fact that Wright was actually just as much of a stained glass artisan as he was an architect. Wright became fascinated by stained glass at an early point in his career. His influences for his work ranged from Froebel gifts he received as a child to the ornamentation in the flat belonging to one of his first employers, Louis Sullivan.

His designs were intended to accomplish the same effect as the sliding shoji screens of indigenous Japanese architecture. His goal was to make walls less like walls and more like screens. This is clear from one of his commonly quoted statements, “ I was working away at the wall as a wall and bringing it towards the function of a screen, a means of opening up space.”

It could be soundly argued that Frank Lloyd Wright perfected what would be later referred to as prairie style stained glass. Rich earth tones and autumn palettes are incorporated into his design along with large, exquisite geometric shapes and striking thick copper lines. He frequently used a technique called copper foiling which he achieved by sandwiching a piece of gold foil between two pieces of clear or iridescent glass. 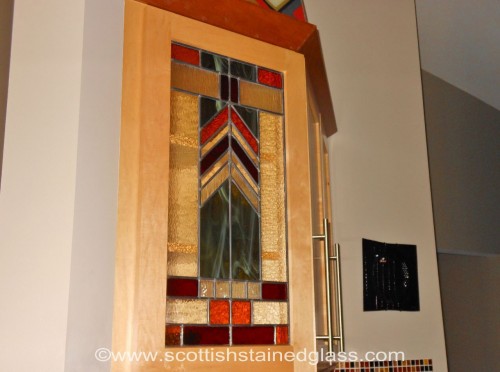 Many people consider Wright the master of modern design. His ideas are still incorporated into much of the 21st century architecture and, at this rate, will probably perpetuate well into the next century. Because of their beauty and elegance, it’s easy to see why these stained glass windows are still popular in Austin homes today.